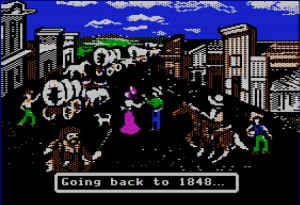 (This is the first in a series of posts that follows our real-life adventures in August 2011 along The Oregon Trail, Apple ][ version. Screenshots and photos by Rachel.)

In The Oregon Trail video game, pioneers begin their journey in Independence, Missouri in the year 1848. Thankfully, we did not transport ourselves back in time to 1848—neither of us look all that fetching in hoop skirts, and we’re pretty attached to our car—but the first day of our trip was actually the 1000 mile trip from Charlottesville, VA to Independence, MO.

It was in those first 1000 pre-Oregon-Trail miles that we learned two really important lessons that we’ll expand on in future posts: first, the Kentucky Bourbon Trail is relatively close to us and includes some of Rachel’s favorite distilleries, which means we had to learn to curb our explorer enthusiasm and keep our pioneering spirit at the forefront. Second, always carry the paper version of the Motel 6 directory, because you might find yourself in a connectivity dead zone when trying to figure out where to stop via Google Maps, and what’s in Maps might not exist anymore.

We made it to Independence, MO. If we were playing the game, at this point our pioneer selves would be informed that we had $800 (twice that if we elected to play as Bostonian Bankers) to spend on oxen, food, ammunition, clothing, and miscellaneous supplies for a 2040-mile trip that should take 5-6 months. 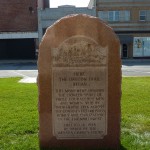 Our plan for the Oregon Trail portion of our trip was something like $600 for gas and lodging for a 4-5 day whirlwind adventure from Missouri to Oregon. We stuck to the plan, although it was tempting to go exploring along the way.

We just kept in mind that if we didn’t make it to the Blue Mountain Crossing by September 1st, we’d never make it before the snows fell—we were already running behind schedule since we wouldn’t get to Independence Rock (WY) until well after July 4th (having left in August!).

Oh wait—those are the game warnings. This was 2011, not 1848! The chances of broken wagon wheels, lost children, fires in the wagon, injured or wandering oxen, and roadside bandits were pretty slim, and we could probably handle heavy rains, hailstorms, fog, and cold weather. It would be an annoyance if either of us was afflicted by snakebite, dysentery, or a broken arm, but we’d survive.

So, we made it to Independence, spent a few dollars at Clinton’s Soda Fountain, and here the Oregon Trail began. 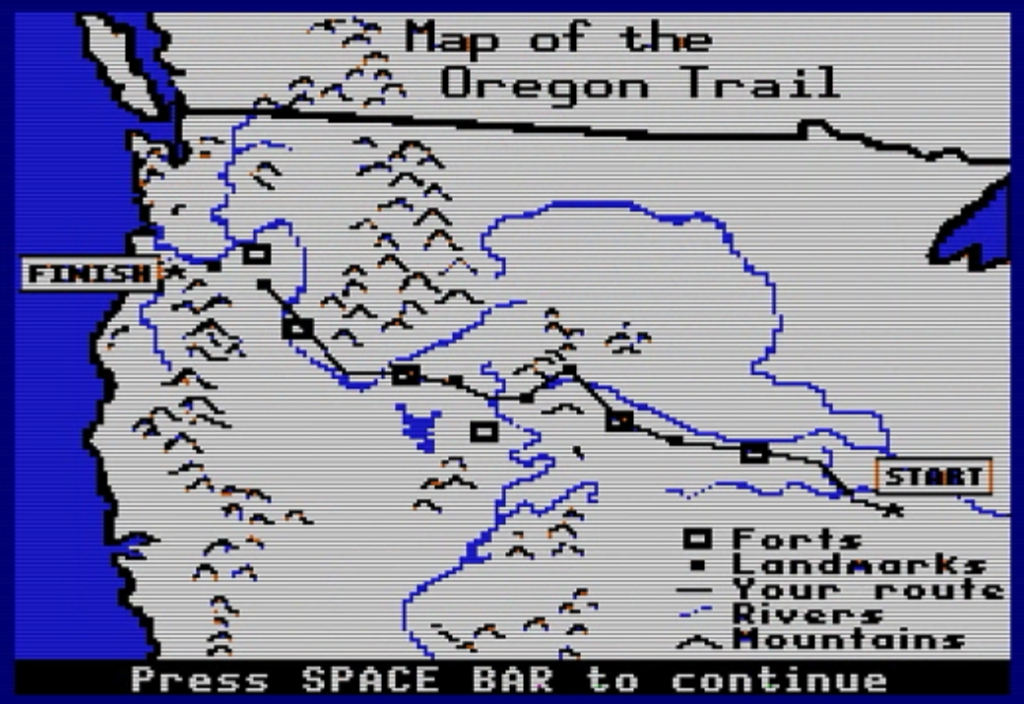 We pressed the space bar.

Distance ahead to the Big Blue River Crossing: 102 miles in the game, but 19 miles in our car. Hmm. That’s weird. Read on to see what we screwed up!